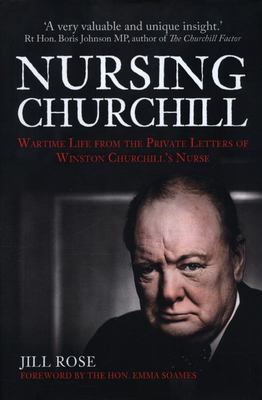 Churchill's nurse, Doris Rose, could thank the Prime Minister's personal physician Sir Charles Wilson (later Lord Moran), for her appointment. He was also Dean of St. Mary's Hospital in London, where both Doris and her husband Roger had trained and where they had met. She had recently been awarded a Gold Medal for nursing, and in addition, her father had been chief surgeon at St. Mary's many years before. So she was an obvious choice when Charles Wilson was asked to select someone to take care of the Prime Minister. Throughout her time as Chruchill's nurse she wrote letters from Downing Street, Chequers and elsewhere, telling her husband about life at the centre of Britain's war effort, and about Churchill himself: his habits, sayings, and character. These are all veiwed with the unrivalled imtimacy of someone charged with keeping Britain's leader in good health, through illnesses, long nights, poor diet, much alchohol, and the inevitable strains of his responsibilities. This is a poignant and insightful collection of letters that shows an ordinary person's perspective of Churchill through the crucial days of the war, and provides an exampe among mant of the extraordinary effort that those around the wartime leader took as theor part in the war.