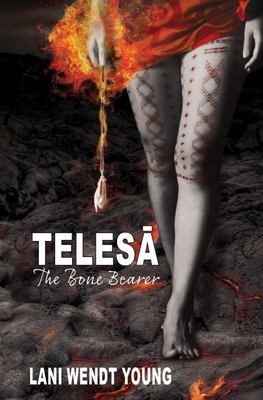 The thrilling, breathlessly anticipated conclusion to The Telesa Series. Leila's selfless act at the closing of When Water Burns, unleashed the demonic fury of Pele the Fire Goddess and now Daniel must fight an epic battle to free the one he loves. Unlikely allies come to his aid as a group of troubled elementals try to overcome their differences and work as a team to save their friend. But Pele's awakening has caused cataclysmic fear throughout the Telesa guardians of the Pacific and they are gathering their forces, preparing to defend the Blue Continent from the devastating threat of the Fire Goddess. Only one thing can destroy her - the Tangaloa Bone. The race is on to recover the three pieces of this ancient weapon and the question remains: who will wield the power of the Bone Bearer? And can Leila survive its apocalyptic fury? Will the covenant of love between Daniel and Leila endure this final battle?